We now have the Boråstapeter Wallpapers by Scandinavian Designers II collection available on our website, a unique opportunity to decorate your walls with a piece of classic Scandinavian design. The collection collates patterns from 5 different designer icons within architecture and pattern design during the 1940’s – 1960’s.

As Scandinavia is well-known for its many prominent textile and furniture designers, the Scandinavian Designers II collection  includes 14 patterns which have all been created during the 1940s, 50s and 60s, and are all still as fresh and relevant today as the day they were designed.

A little bit about the designers… 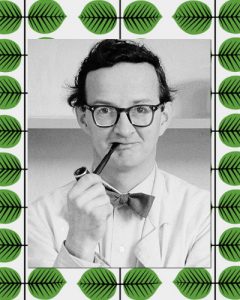 Almost a century has passed since this imaginative jack of all trades was born, but he is set to be even more integral to people’s homes than ever. Quite literally. His timeless design style is just as relevant and popular now as it was during the 1950s when his textiles, tableware, children’s book illustrations and TVs filled Swedish homes. Just as we think he would have wanted, Lindberg’s playful, slightly surreal, crazily beautiful and decorative designs can now adorn everybody’s walls with these wallpapers for everyone to love. 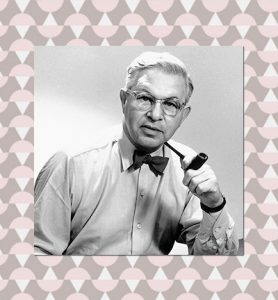 The world-renowned Danish architect and designer who created design history with his furniture, textiles and cutlery. Jacobsen’s designs were so timeless that his work still feels completely contemporary even though almost 75 years have passed since his heyday. It is said that when his strict father forbade him from becoming a “mere” artist, the future design icon staged a revolt by painting the walls of his bedroom white to give him something to draw on. Now his designs have been transformed into wallpapers, we can venture a guess that the young Arne in particular would have been highly delighted with this turn of events. 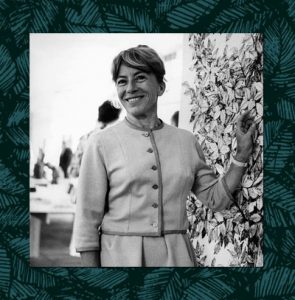 Viola Gråsten initiated a new era in Swedish textile art with her modernist approach, flowing shapes and unusual colour combinations. Born and educated in Finland, Viola came to Sweden in 1944 when the war resulted in a wool shortage in her native country. She set her audaciously colourful and imaginative mark on everything from long-pile rya rugs to fabrics and quickly became one of Sweden’s most outstanding textile designers. In 1947, employed by well-known designer Atrid Sampe at NK’s textile studio, Viola sensationally revamped the department store’s rya rugs and printed fabrics.

Sisters Lisbet and Gocken trained as potters in the 1930s, but during the Second World War it became difficult to obtain glazes for pottery. So Astrid Sampe, head of NK’s textile studio, suggested that they transfer their floral motifs from ceramics to textiles. Their colourful, hand-printed fabrics provided much-needed joyful expression during the post-war era, when decorative elements were needed to soften the functionalist style of architecture that had developed.

DISCLAIMER: All of the above Scandinavian Designers II wallpapers are out of stock with the supplier until 12th June 2017. Please enquire on stock before ordering.

10 of the best children’s wallpapers

Another Happy Customer 👌 This customer selected the Pimpernel Wallpaper 210389 from the William Morris & Co Archive… https://t.co/Ocpu7bEZjG

✨ Another Happy Customer ✨ So happy with her new curtains she sent us a photo of them as soon as she hung them. She… https://t.co/TLPbTDvmlo

The Swans tile was designed by Morris c. 1862. These original small tiles were used repeatedly as patterned tiled… https://t.co/0qYtHIMVLl